The Benedict Option: Chapter 9 (Eros and the New Christian Counterculture)

LGBT issues have always been touchy for me, but I can't really explain why. It's not on a personal level - I'm not gay, I've never had all that many gay friends or relatives, I didn't grow up in a gay-friendly place and I'm not a fan of any of the gay subcultures. Yet homophobia sends me into a combative stance faster than most issues.

I have a few hypotheses as to why this is - LGBT issues don't affect me personally per se, but they are tangential to other issues (namely adoption and interracial relationships) that are deeply personal to me. But perhaps Brother Dreher has another explanation as to why I think gay is okay:


Americans accepted gay marriage so quickly because it resonated with what they had already come to believe about the meaning of heterosexual sex and marriage...We have gay marriage because the straight majority came to see sexuality as something primarily for personal pleasure and self-expression and only secondarily for procreation.

These last two sections are going to cover my two main takeaways from The Benedict Option - one very specific, one far broader, neither of which should come as a real surprise at this point. Chapter 9 deals with the more specific, namely Dreher's mortal issues with queer folk. Given that the last two chapters were, in large part, also about the homosexual menace, this can't be surprising. What we can do here is look at Dreher's issues a little closer, because there's plenty here to unpack.

Dreher, who is still pretending to something other than the reactionary theocon crank that he is, lays out a case for sexual minorities being the mattock that's smashing the pillars of true faith. It's based on a common fundamentalist notion referred to as complementarianism, a term Dreher even uses himself:


Easy divorce stretches the sacred bond of matrimony to the breaking point, but it does not deny complementarity. Gay marriage does. Similarly, transgenderism doesn't merely bend but breaks the biological and metaphysical reality of male and female. Everything in this debate (and many others between traditional Christianity and modernity) turns on how we answer the question: Is the natural world and its limits a given, or are we free to do with it whatever we please?

Rod Dreher owes a lot to his erudition. Rightly or wrongly, theocons are frequently stereotyped as hicks and imbeciles who don't think so much as they spasm in response to their fears. Dreher comes across as a lot more cerebral than that. It's that philosophical touch, that repartee with the chattering class, that lets him get guest spots in places like the New York Times that would otherwise have nothing to do with him.

That erudition is a parlor trick, though, and one that Dreher readily exposes when he talks about the gay menace. True, he spends the opening pages of this chapter crafting flowery, radiant prose to describe love incarnate. It is "the dance that holds the community together," it "mirrors the generativity of the divine order," it "reveals the miraculous, life-giving power of spiritual communion." But peek through the nicks in the façade, read close enough as he rambles on and on, and you'll see traces of the same YOU NEED A WING-DANG AND A HOO-HAH TO MAKE BABY, NOT TWO WING-DANGS peeking through. He can't help himself, it's just who he is.

Dreher's case is not a new one - it's a favorite of many of your more intellectual moral scolds, though none of them can quite make the ends line up. The goal is to argue that judging people for what they consider sexual immorality is actually the dignified thing to do. To wit:


It was the countercultural force of Christian sexuality that overturned the pagan world's dehumanizing practices. Christianity taught that the body is sacred and that the dignity possessed by all humans as made in the image of God required treating it as such...

...Paul's teachings on sexual purity and marriage were adopted as liberating in the pornographic, sexually exploitive Greco-Roman culture of the time - exploitive especially of slaves and women, whose value to pagan males lay chiefly in their ability to produce children and provide sexual pleasure.

Lest there be any doubts, Dreher refers to the "Sexual Revolution" - a term that theocons have dug out of the tombs of history and made to dance as though it were still alive - as a "repaganization." The argument, while more sophisticated than those normally favored in fundamentalist quarters, is no more nuanced. It's a variant on the classic madonna/whore dichotomy, one in which the choice between the sacred and the debauched is strictly binary. Either you are good and faithful virgin patiently awaiting your opportunity to dance through the firmament of divine fulfillment, or you are a rutting fiend flailing your genitals at any passing warm body until you collapse, tearfully, into the gutter.

Most of you, I assume, occupy some space in the vast tract between these two poles. You've had more than the one sexual partner, yet you're not currently throbbing with unslaked lust for the last stranger you saw. You've perhaps engaged in a casual relationship, yet your life isn't shrouded in a narcotic orgiastic haze. Maybe you're drifting from bed to bed, enjoying the trip but hoping that the next stop will be permanent. Or maybe you've been a good boy or girl so far, but you know that you're not enough of a gambler to wait. Maybe you're even a real romantic, committed to waiting for that perfect person at all costs...that perfect person of the same biological sex. Dreher can't acknowledge any of these, least of all the last one. Perhaps same-sex couples only want to get married to destroy the lives of innocent bakers and florists. 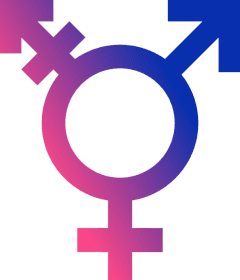 You know, I've just thought of an alternative explanation for that personal fury over homophobia. It's true that I've never had many gay peers, but I had a few and that's more than people used to have. The gay people I've known are, well...normal, even boring. They're no different than anyone else I've met, so the notion of discriminating against them is truly senseless. It was different for earlier generations, during those times when gay men had to hide in the closet to keep their livelihoods - and not in that "Oh dear, I don't want to make a cake for lesbos" sense, but in the sense that outed gay men in certain fields could lose their jobs for that reason alone. With homosexuals hidden from society, it was easy to cast them as perverts and predators. It was easy to make young people hate them.

Today's youths are likely to grow up around some openly gay people and many of them have reached the same conclusions as me - queer folk are as boring as anyone else. Gay people aren't predators, they're just people. But let's not stop there - you could apply this to any of Dreher's other signs of sexual breakdown. Once you've known some women on birth control (or better still, once you've taken them yourself), you know that they aren't mindlessly fornicating animals. Once you've known some single mothers or divorcees, you know that they aren't stupid sluts. Familiarity breeds empathy, and that in turn makes it harder to stereotype people. This is Dreher's real problem - it's not chaotic sexual license, it's knowledge.

Then again, maybe Dreher does get it. In the final chapter, we'll discuss those Kids These Days With Their Darn Smartphones and bring this beast full circle.

Posted by Andrew Johnston at 10:56 AM